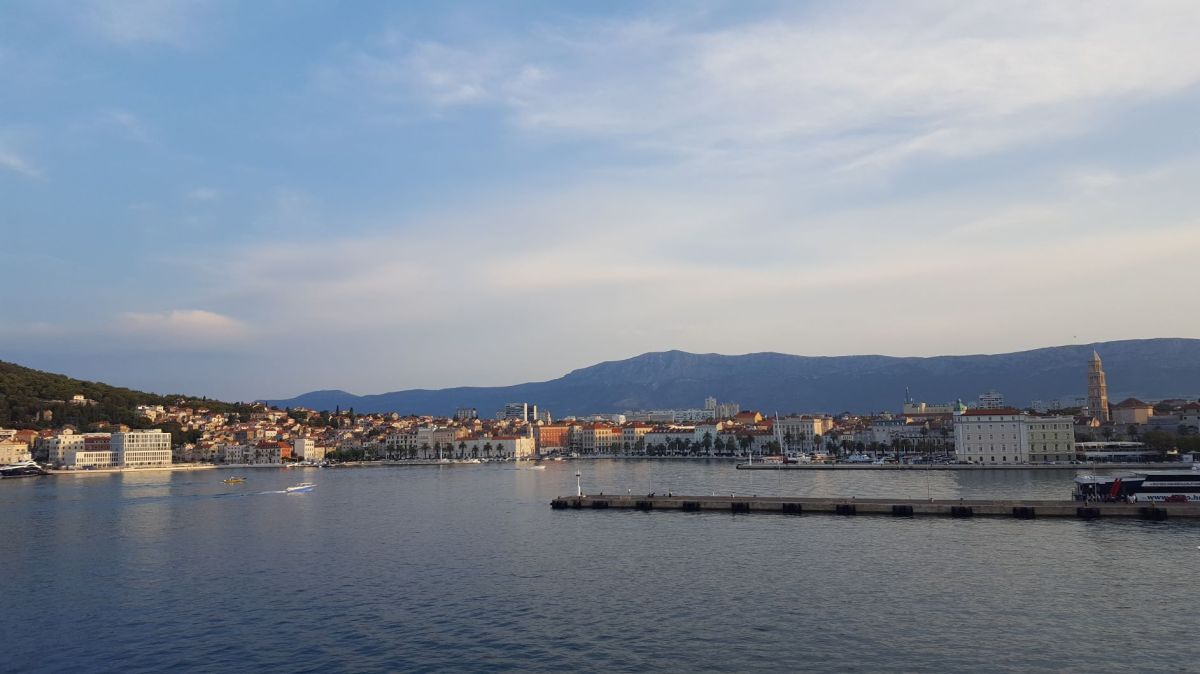 So for the first time in well over a decade, we had booked a proper summer holiday – with the emphasis heavily on the ‘proper’. For us this primarily meant a holiday with no other purpose than exploring somewhere completely new like we used to do when we had our beloved camper: a holiday where at least half the enjoyment is the unfamiliarity of the place, of the culture, of the language, of the food. But on this occasion, ‘proper’ also meant actually booking every last bit of it right back in late January, at a time when we normally scoff at all the holiday ads on TV. Are there really people, we always ask each other, whose year is already so mapped out that they are able to book their holiday six or seven months in advance? Are there really people whose life is that perfectly organised they don’t feel the need to allow for the unforeseeable?

I think it had quite a lot to do with running our own business for all those years. For a start we never felt able to take more than a week away from the forge, and in any case we would never know more than a month in advance what our commitments were going to be, what projects we would have underway that we simply weren’t going to be able to walk away from for a whole week. But this year, with Mr Blue-Shirt much more his own boss now than he ever was when he was self-employed, and the school where I work closed for pretty well all of August, we could see no reason not to put our stake in the ground for once. So within a couple of weeks of choosing destination and dates, we had finalised our itinerary, selected and booked our accommodation and, to secure the best price, paid for everything in advance. It was going to be just like old times. And we had all those months to look forward to our twelve days exploring Croatia’s southern Dalmatian coast and islands. But how naïve our certainty soon seemed, how misplaced our confidence, for little more than a fortnight later with Coronavirus spreading fast, all borders closed, all travel ceased and, shortly followed by most of the rest of Europe, Italy went into total lockdown for the foreseeable future.

True to form, I was instantly overcome by Eeyore-ish gloom and was convinced that our holiday was lost. Mr Blue-Shirt on the other hand did his best to maintain his Tigger-ish outlook and be hopeful that we would still get our holiday: it was still nearly six months way, for heavens’ sake. Surely everything would be more or less back to normal by then…? But the fear and anxiety and the misery of lockdown soon started to bite. And along with millions of others around the globe, keeping body, mind and spirit together and merely finding our way through the maelstrom became our principal preoccupation: our ‘proper’ holiday became the least of our concerns. It’s not that we consciously gave up hope; we simply lacked the ‘head space’ to think about it. And for as long as we continued living from one day to the next, our time frame no longer extended that far into the future.

By mid-May restrictions had started to ease, but at this stage they seemed little more than a tentative toe in the water and even the normally irrepressibly optimistic Mr Blue-Shirt was reluctant to resume his research and planning: the guidebook remained tightly closed, the map tightly folded. Apart from anything, at a time of so much pain and loss and suffering, planning a holiday felt insensitive and frivolous; almost vulgar. And even when lockdown was finally lifted a month later, we still remained wary of daring to hope that we would get away. We were keenly aware of the tens of thousands of families who had already lost their longed-for holidays. Indeed, in addition to friends who had had to cancel their plans to visit us, our eighteen-year-old niece was inconsolable when she lost her precious post-exam, rite-of-passage trip with her school pals, and our great friends Diane and James were heart-broken when they lost their meticulously planned holiday of a lifetime to mark early retirement. So who were we to think that our plans might be spared?

By the time we got to July, my sole focus was getting myself and all of my classes to the end of the month and the end school year safe and sane: I hadn’t given our holiday a single thought for weeks – even though I now needed one more than ever. With numbers of new infections apparently under control in Italy and reassuringly low in Croatia, however, Mr Blue-Shirt had cautiously started to rekindle the embers of hope. The guide and map had reappeared and he had started looking at restaurants and online review sites again, travel insurance was arranged and Tilly was booked into the cattery.

With a week to go, and despite a cluster of cases near Venice reportedly originating in Croatia, we received emails from our accommodation re-confirming our reservations and the ferry company still hadn’t cancelled. Was it actually going to happen after all?

With just a couple of days to go, I dared to dust off our suitcases and dig out our passports, then with just twenty-four hours to go I even got a last-minute a hair appointment. And as I sat in the salon, masked and wrapped in a disposable gown, I finally made a start on my packing list, only now believing that we really were going.

“As of tomorrow, anyone returning from Croatia, Greece, Spain and Malta will be obliged to undergo a Covid-19 test within forty-eight hours of their return to Italy, and to inform the Ministry of Health of their trip…” Driving home from the hairdressers, the portentous-sounding voice on the car radio interrupted my happy musings on which dresses and shoes to pack – and instantly flung me headlong into a self-made vortex of worst case scenarios. What if I couldn’t find out exactly what we needed to do? What if I couldn’t manage book us a test? What if they tightened restrictions further while we were away? What about work if we had to self-isolate? What if they cancelled the ferries and we couldn’t get back?  What if our tests came back positive…? But as ever, it was calm and rational Mr Blue-Shirt who talked me down and helped me get things into perspective. After a couple of hours’ frantic searching online and a hasty exchange of messages with our GP, I had confirmed what the rules were, had found out how the procedure would work, had bookmarked the relevant web page, and knew exactly how, where and when to book our tests.

So the next evening it was almost with disbelief that Mr Blue-Shirt and I found ourselves leaning over the rail of the aft deck of the night ferry to Split, a celebratory glass of Prosecco in our hands. With the skyline of Ancona receding into the evening sun, we clinked glasses. We were actually on our way…