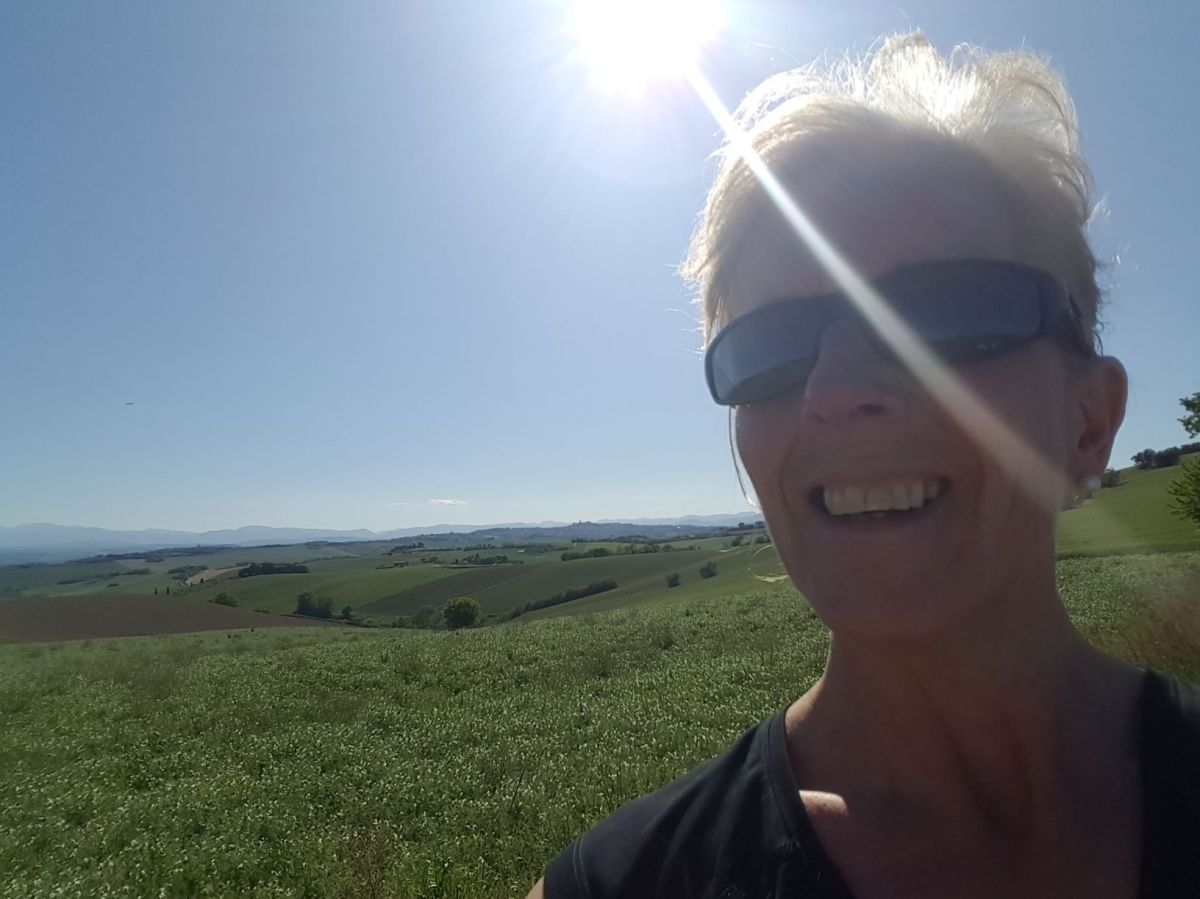 I’ve been running for almost exactly ten years now. Not continuously, you understand. But regularly and frequently: these days I run between eight and twelve kilometres, up to three times a week. And it is a permanent, non-negotiable part of my routine; it wasn’t always like that, though.

While I enjoyed PE at school, I could never in good conscience have been labelled ‘sporty’; music had been my thing. Then, other than the occasional bout of half-hearted hiking, I gave up sport altogether after I left university, where I played a bit of netball, but really only because I thought the club sweatshirt was cool. Fifteen years later, though, I did a lot of swimming, played a lot of badminton and even learnt to ride and to water-ski while we were living in Brunei where the climate encouraged an outdoor lifestyle and, in the absence of pubs, sports clubs were our main social hubs. But I still had an aversion to running as a sport in its own right: I considered it mindless, pointless and dull (rich, I know, coming from someone who twice a week ploughed up and down a 25-metre pool 64 times) and derided those who banged on about the ‘natural high’ that running gave them. And once back in the UK, I returned to my sedentary ways.

A decade later, though, two things brought about my eventual conversion. First, as a means of helping with the depression I’d been diagnosed with following my sister’s death from cancer, my GP advised me to take up some form of regular outdoor exercise ‘that got my heart pumping’ (she didn’t mention the R-word as such, but I knew what she was driving at). Then, in a gesture of enormous friendship, a very dear pal said she’d like to do something in my sister’s memory so suggested that we both sign up for the 5km Race for Life and in the process raise some money for Cancer Research UK. I agreed instantly as it gave a purpose to my new exercise regime: a specific target to aim for, as well as a means of benefitting others and not just me, which was crucial in light of the disastrous effect depression had had on my sense of self-worth.

Just three months later, having both started from zero in running terms, we completed our respective races (me in Lincolnshire and my pal in Hampshire) in about 35 minutes – not too shabby for a pair of novice runners in their late 40s – and each raised several hundred pounds in sponsorship as a result. Just as importantly, though much less tangibly, I’d also come away with a huge and much-needed sense of achievement that massively lifted my spirits. Better still, I had also come away with an appreciation of the broader mental health benefits of running which extended well beyond the boost to self-esteem that my first ever runner’s medal had given me. Yes, I finally got the whole endorphin thing that those runners I used to deride had been banging on about all along – the euphoria-inducing, anxiety-reducing, mood-enhancing cocktail of hormones that running releases. I was hooked – and remained so even once my depression had lifted.

Which was just as well, as following my mother’s death, also from cancer, exactly two years later, the depression returned. So once again I used a running challenge to aid my recovery, and, having now lost both my sister and my mother to cancer, decided to double up and do the 10km Race for Life and at the same time double my sponsorship target. With that challenge successfully ticked off and my depression in retreat, I then went on to participate in further charity races, culminating in 2016 with the night-time London Moonwalk Marathon in aid of several breast cancer charities.

But when we moved to Italy a year later, I wasn’t convinced I would be able to keep up my good habits. Without a specific target to aim for, would I still find sufficient motivation, especially since I was by now well into my fifties? Plus, for the preceding four years I had run on a treadmill in an air-conditioned gym, and for the two years before that, although I had run outside, it was in Lincolnshire. And after its sausages, Lincolnshire’s main claim to fame is probably its extreme flatness.  Which is not one of Le Marche’s principal characteristics. Almost the opposite, in fact: apart from a narrow coastal strip and a handful of west-east river valleys, the terrain ranges from merely hilly to properly mountainous. Added to which, from May to October Le Marche tends to be hotter than even the best summer’s days in Lincolnshire, which lies almost 1000 miles further north.

My doubts were unfounded, however. Pretty well as soon as we had recovered from the enormous physical effort of moving from the UK to Italy, sufficient motivation to dig out my trainers and get moving again came simply from the sheer beauty of the spectacular landscape – whose hills, believe me, also quickly provided a whole new set of very specific targets for me to aim at. And in this last year characterised by fear and uncertainty, I am so very glad that I maintained my running habit, for the impact of working and living through lockdown has meant that I have needed to draw more heavily than ever on its mental health benefits – which I have learnt over the years extend well beyond improved self-esteem and endorphins. For instance, the best way I know to empty my mind of corrosive worries and niggling anxieties is simply focussing solely on the mood-lifting sights, sounds, scents and sensations of nature that surround me as I run. Or sometimes, to still my troubled mind, I focus on nothing but the act of running itself: my heart rate, my breathing, the stretching, the flexing of my muscles, and simply putting one foot in front of the other until I reach the next marker post and the next and the next until I reach the top of the hill or the end of the road. By contrast, when there is something specific I need to think about, then going for a run gives me the necessary head-space for all kinds of problem-solving, decision-making, lesson-planning and even blog-drafting.

So as I’ve currently got no idea what I’m going to write about next week, I’d better get my trainers on…