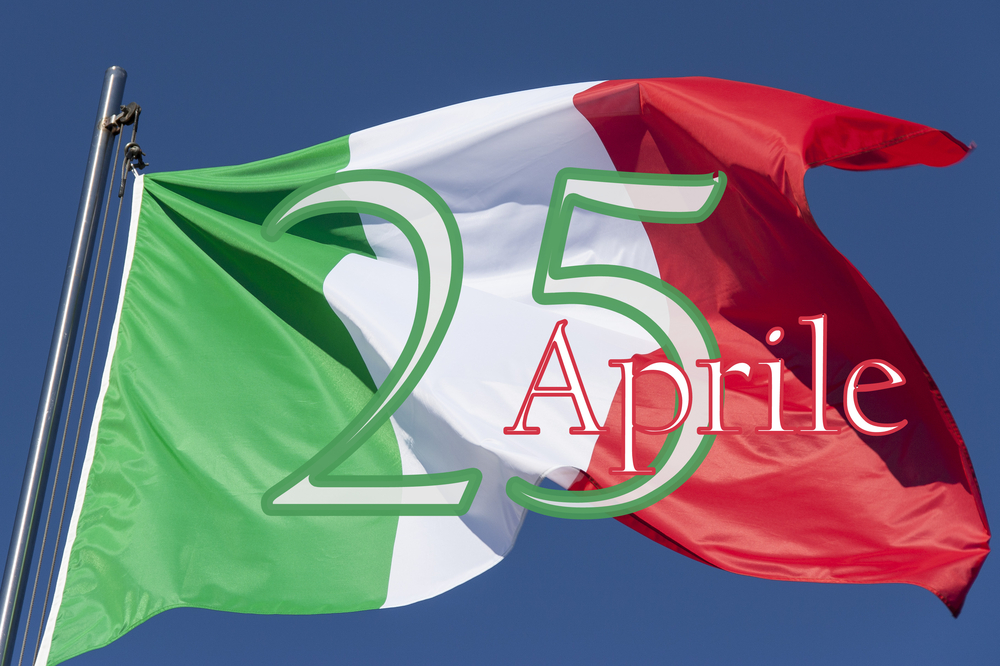 Tomorrow is Liberation Day in Italy. And seventy-seven years after the conclusion of the country’s battle to free itself from the forces of fascism, there is an echo of history as its battle to free itself from the deadly grip Covid also seems to be coming to a close. So following two years of lockdowns, quarantines, rules and restrictions, the poignant irony of this anniversary has not been lost on the Italian people, and with life now almost as close to normality as before the pandemic and nearly all anti-Covid measures gone, Italians are in the mood to party. So for the first April since 2019, every roadside is once again bristling with posters advertising events ranging from food festivals to antiques fairs, fun-runs to flower markets, classic car meets to concerts and bike races to battle re-enactments, all aimed at celebrating both the country’s most recent liberation as well as that which occurred in spring 1945.

It was on 25th April 1945 that the pivotal cities of Milan and Turin were liberated from Nazi occupation, just six days after the partisan Comitato di Liberazione Nationale (Committee of National Liberation) proclaimed a resistance-led uprising that was quickly followed by a general strike initiated by Sandro Pertini (who later became President of the Republic). These twin initiatives were carefully timed to coincide with the Allies’ Spring Offensive, the 15th Allied Army’s multi-pronged attack into the Lombardy Plain and the culmination of their two-year-long advance up through the country from Sicily.

The partisan insurgency quickly paralysed industry in several other strategically important northern cities including Genoa, Bologna and Venice, while British and American units forced the Nazis, who for some time had been without arms or ammunition, into full retreat. Their capitulation just a week later finally brought to an end Mussolini’s twenty-three-year dictatorship as well as five years of war, which included two years of Nazi occupation and two years of civil war between the partisans and the collaborators that had resulted from Italy’s surrender to the Allies in September 1943.

25th April 1945 was also the day on which Il Duce and his generals were sentenced to death. And just three days later Mussolini himself was shot dead after a member of a group of partisans involved in checking convoys of retreating SS lorries recognised and arrested him on the Brenner Pass as he was trying to escape to Switzerland with his mistress, Claretta Petacci. Their bodies were returned to Milan, and along with the bodies of eighteen other prominent fascists who had also been executed, were hung upside down in the Piazzale Loreto – the scene a year earlier of the public execution of fifteen partisans on the order of the head of the Gestapo in Milan in reprisal for a resistance attack on a German military convoy.

The festival was initially created by decree in 1946 “per celebrare la totale liberazione del territorio italiano”, and was enacted into law as a permanent annual national holiday in 1949. Since then, practically every town in the country has named a street via XXV Aprile in commemoration of this critical date in the history of the Republic. The day is also known as La Festa della Resistenza in recognition of the decisive role in the liberation played by the partigiani (partisans) of which there were about 250,000 by 1945. It has always been a day of mixed emotions: of celebration and commemoration, of liberation and loss.  As such, it is rather like a combination of Remembrance Day solemnity and D-Day partying, complete with parades, concerts and lots of eating, drinking and making merry.

Before the partying begins, however, civic wreath-laying ceremonies are held at the memorials ‘ai caduti’ (to the fallen) that are found in practically every town and village in the country. Chief among these ceremonies is that held at the Vittoriano in the centre of Rome. This huge, flamboyant national monument, which is also known as the Altare della Patria (Altar of the Fatherland) was built in 1885 in honour of King Vittorio Emanuele II who played a central role in the country’s unification in 1861, and also houses il Sacello del Milite Ignoto (the Shrine of the Unknown Soldier) dedicated to all Italian soldiers lost in war. It is here, surrounded by military pomp and pageantry, marching bands and flags that the President of the Republic and other senior government officials lay wreaths of laurel leaves in tribute to all those killed in the service of the nation. And as the spectre of Covid slowly retreats, for the first time in three years, the commemorations seem set to be as full as ever of spectacle and ceremony as Sergio Matarella lays his wreath. Along with a full complement of military and political dignitaries including Prime Minister Draghi, the presidents of the Chamber and the Senate and the Chief of the Defence Staff, he will then stand to attention as a lone bugler sounds ‘Il Silenzio’, leading the nation in recalling the defiance and courage of the partisans of earlier generations and the sacrifices they made that brought about the nation’s rebirth in 1945, before the Frecce Tricolori round the ceremony off with a deafening and triumphant fly-past.

In his address to the nation, the President will naturally pay tribute to ‘the fallen’, once again drawing painful parallels with the battle against Covid and emphasising that the hardships, solidarity and of the preceding two years will just as surely as in 1945 bring about a further national rebirth. But this year in celebrating the fortitude and patriotism of Italians’ resistance to and eventual liberation from Nazi occupation in the 1945, Matarella, in a gesture of solidarity with Ukraine, is also set to draw parallels between and Ukrainians’ vigorous resistance to Russia’s ongoing invasion of their nation and make an appeal for peace. The echoes of history continue to reverberate…