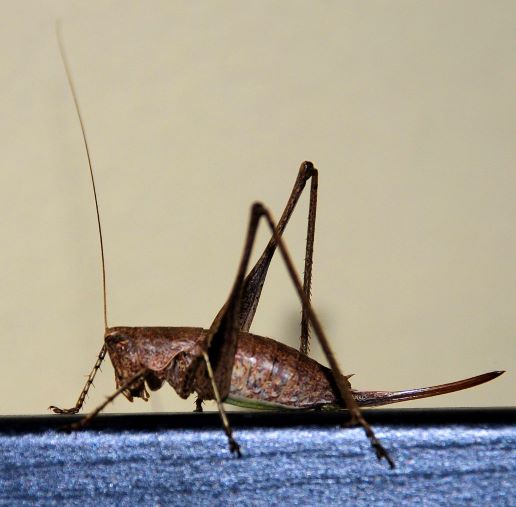 “A downside of life in rural Italy in summer: mosquitos the size of B52 bombers with the thirst of Dracula. I shall spare the world the sight of my bite-spattered limbs and offer instead an image of the arsenal of defensive, offensive and curative weapons I have gathered in my personal war against the little bastards.” So went a social media post of mine from around July 2017, along with a photograph of an array of anti-mosquito sprays, coils, candles and plug-ins, as well as various bite creams, bite zappers and fly swats.

This was a few weeks after we had completed the purchase of our house and in the middle of that first summer, during which we kept shuttling back and forth between Lincolnshire and Montelupone with van-loads of our worldly goods, only staying in the house for a week or so at a time at best. So with the place remaining empty for fairly lengthy periods, the local bug population – which includes many more species than just mosquitos, by the way – had ample opportunity to make itself at home completely unchecked. It was very much the same story with the large area of rough grass surrounding the house that we seldom found the time to try and tame as we were so focused on getting the house ready for me to move into come September while Mr Blue-Shirt returned to the UK to conclude the sale of the forge. Just swishing through the knee-high grass as far as the compost bin caused clouds of bugs to swirl up into the sun-baked air in preparation for an attack, but of course for as long as we didn’t mow their homes down on a regular basis, they just continued to proliferate. And back then, we had no terraces either, so all that rough grass came right up to the house, which meant that we had swarms of bugs for company every time we set foot outside, but above all, every citronella-scented evening over dinner since the only area of the garden flat enough to put our outdoor dining table and chairs was immediately in front of the patio doors from the sitting room.

Happily, those days are long gone. Our near-permanent presence has driven almost all bugs and creepy-crawlies from the house, the grass is well under control, and the terrace that now wraps all the way round the house helps keep whatever bitey-bastards remain at a relatively safe distance. Over time there has been a corresponding process of disarmament, with my arsenal now reduced to the odd, seldom-used coil, one anti-mozzy spray and a single tube of bite cream. And so these days, languid afternoons and leisurely evenings on the terrace are much more peaceful affairs, no longer punctuated by frantic bouts of flapping, slapping, swatting, cursing and scratching.

One bug that never seemed to bear us any ill-will, though and whose presence we continue to enjoy is the humble cricket. I fell in love with this harmless insect’s nocturnal chirruping when Mr Blue-Shirt and I spent our first holiday together in the south of France. Ever since, their sibilant song has for me been the quintessential sound of the Mediterranean: of sun-soaked days and balmy evenings, of bougainvillea and umbrella pines, of glossy black olives and aniseed liqueurs. It is a song whose vaguely hypnotic tune I feel I have somehow always known and which I like to think confirms that in this northern body has always dwelt a southern soul.

This summer, however, the softly-spoken crickets have faced unusually stiff competition from those most vocal of insects, the cicadas. Normally the two of them work in tandem: the crickets, who produce their song by scraping their textured fore-wings together, cover the night shift and fall silent as night fades, and then the diurnal cicadas take over the day shift with their incessant rhythmic sawing. The thing is, while they don’t typically start up their mini chainsaws until the temperature climbs above 30°C or so, they then tend to keep them running until the temperature drops back down below 30°C again. So, as we have had an unusually long and hot summer with temperatures reaching that critical threshold by breakfast time and then not falling back below it until late into the evening, those strident little chainsaws have been running non-stop for up to fifteen hours at a time almost every day since mid-June. And the racket they produce – by means of a pair of tiny vibrating membranes built in to their abdomen whose hollow structure amplifies the sound – really is unfeasibly loud at times: up to 120 decibels, apparently, which at close range is as loud as a passing aircraft or, indeed, a real chainsaw. All of which can become rather wearing, like the crackle of an untuned radio turned up to full volume, especially as we seem to have a sizeable flock of them living in the enormous oak tree about 20m from our back door. As a result, the poor unassuming crickets have barely been able to make themselves heard until finally the SODDING CICADAS SHUT THE $%&* UP!

As the earth’s tilt away from the sun increases by the day, however, even day-time temperatures now seldom exceed 30°C – and then, not by much and not for long – while the sultry night-time heat has at last been replaced with delicious, restorative cool. Which also means, of course, that the cicadas have – apart from a brief but vigorous sawing session around the middle of the day – largely fallen silent. So, as the heather and honey of dusk darken to inky blue, the soothing susurration of the crickets can once again be heard floating on the soft, evening breeze. And unlike that first summer, we can now even enjoy the music of the Mediterranean without getting bitten.

Image of cricket courtesy of http://www.italyhouse.wordpress.com